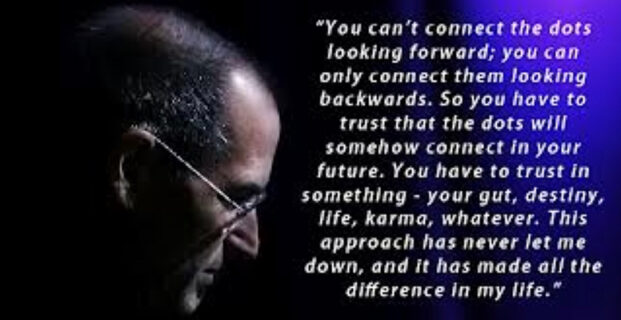 There are many reasons why the janitorial industry has a high turnover rate. But one reason rises above them all.

I think it’s important because I want to talk about some of the issues you will encounter seeking a janitorial quote for services because of poor performance from your current janitorial cleaning provider.

I just want to start off by saying that there are three primary reasons why someone will seek a janitorial or day porter quote, and those reasons are the following.

The primary reason we get requests for proposals (RFPs) is because of the third option—poor performance.

When we get the opportunity to sit down with a prospective client we quickly get to the reasons behind why they contacted us in the first place. That’s where the Steve Jobs quote comes in.

You have to look backward at what really happened—how did you get to where you are? Sometimes you’ll get a performer who started out really good and couldn’t keep up, eventually falling off in their performance.

And it’s not always the smaller start-ups who fall off. We are often times surprised to hear it’s companies with years of experience and an excellent track record. Maybe it’s due to the loss of a key person. Other times you’ll get a company that failed to perform from day one.

One of the things I always try to caution facilities managers, property managers, and office managers administrators about is taking a look at how you got there.

Chances are the person in charge took the lowest bid proposed. The problem is revealed when you look at the details in the low-bid proposal. You realize they made assumptions about what was in the proposal, to begin with.

But in our business, there is a lot of turnover.

The biggest reason why there is a lot of turnover is many janitorial companies bid on the job to win the business. They don’t fit the proposal to be transparent. They aren’t honest about the scope of work and how long it takes to do it when assembling the budgeted hours. And when they do that, they bid the business low. After all, they want to get the business. They assume (there’s that word again) that you’re going to give them leeway and you’re not going to fire them quickly after starting. They quickly become what’s called a “trash and dasher.”

They come in, they pull the trash and they dash, they don’t do a lot of the detail-oriented things that are listed in the scope to maintain the facility.

And when they have that approach, what ends up happening is the property manager becomes disappointed in their service. It manifests into a culture within the organization, which is not a culture of excellence. It’s a culture of average mediocrity—doing enough just to get by.

What happens in those types of cultures is poor and low performance. We try to highlight this truism with prospective clients.

We’re going to give a proposal that assumes we’re not bidding against a non-performer. And we’re going to submit this proposal to you and share with you how we arrived at it because we know that it matters. If we’re wrong, you’re going to be able to hold us accountable. But we don’t think we’re going to be wrong. That’s why we’ve been doing this for over 22 years. It’s because we really know what we’re doing. And we are intentionally very transparent about it.

Many times, that’ll mean that the company won’t want to make a change from the price they’re paying and that’s okay. But we shouldn’t compromise on that. We shouldn’t compromise because the other person had a lower price and probably isn’t going to fulfill your performance needs. You’re going to be in a vicious cycle.

Remember, it’s about connecting the dots looking backward, not forward.

We bid against the poor performers all the time. Once we sit down with our clients and uncover how the amateurs arrived at their quotes and how they have performed, you start to see why the lowest bid strategy is a losing proposition. You will begin to see it everywhere.

Keeping Phoenix Businesses Worthy of The Spotlight… Even After 22 Years